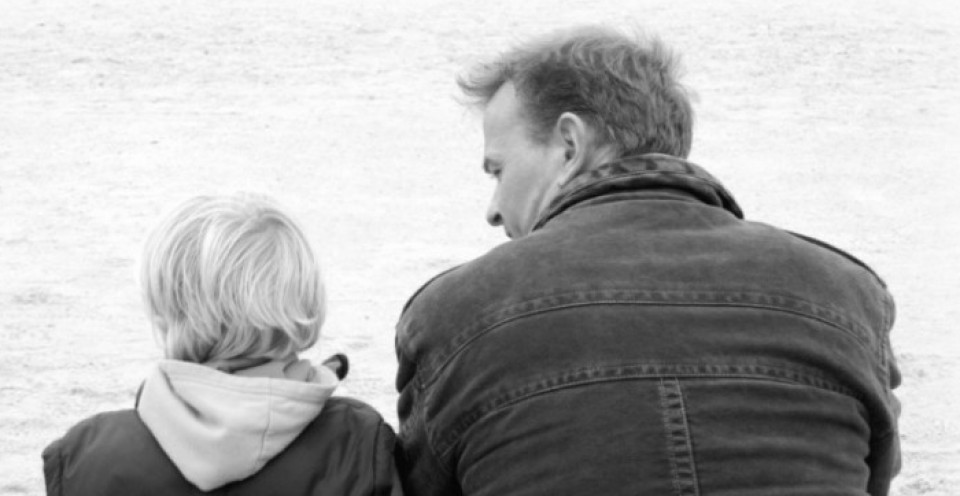 Home » divorce » So you want to be more than a Weekend Warrior Dad? Fighting for Father’s Rights – Part One

So you want to be more than a Weekend Warrior Dad? Fighting for Father’s Rights – Part One

Part Two of this 2-Part Post is found Here

Years ago at a family celebration, after observing me with our four-year-old son, my aunt said to me, “You’re JR’s primary caregiver, aren’t you?” After I got over a seventy-something woman using the term “caregiver,” I was surprised that it was so obvious.

My wife and I are partners, but with our youngest boy I have always been the one who took the lead. I was the one who instantly woke up when I heard him call out at night, or heard the thump two floors above during the day. He was a sleep walker, and I would wake from a sound sleep hearing his door open. I changed countless diapers.  I did the early morning feedings and changings. He brought his new creations to me to show. I went on all the school field trips, and until middle school was always the parent involved (my wife took over in middle school, where she became a force to be reckoned with in the PTA and fund raising). I fixed his boo-boos. He still cries on my shoulder, not mom’s (I won’t embarrass him by giving his age now).  I had the luxury of working from home so was always there for him.  I sang him to sleep and calmed his nightmares.

Yes, dads can be primary caregivers, even for young children.  I’m living proof.

There was an ad campaign in 1968 for women, linked with images of women’s progress that proclaimed, “You’ve come a long way, baby!” Unfortunately, it was for a cigarette for women. Looking back over 40 years later we know that women have certainly come a long way from the roles that they were expected to perform and limited to through much of history.

Yet stereotypes about roles men and women fill in life remain, and these stereotypes impact how the rights of fathers are mishandled by lawyers and the courts today.  There still remains enough reality to traditional roles to support this prejudice, however, making it more invidious.

In our “enlightened” society too often fathers are still seen in the role of secondary caregivers for children, particularly young children. There is a bias in many courts that young children especially need to spend the majority of their time with their mother who is “better suited” to care for them.

Like many stereotypes, this one has a basis in reality. Frankly, most dads in my experience are willing to let mom handle the majority of the child raising responsibilities while dad takes care of his work and starts his new life, integrating the kids on his schedule.  This is true whether mom works or not.

If you are a dad who will be content to have mom take care of the kids most of the time and you will have them a night or two a week and every other weekend and alternating holidays, then read no further.

If you are more concerned about the time the court assigns you for support calculations than actually being involved in raising your kids, most attorneys can serve you well.

You will find that this is what the courts and most lawyers will produce almost by rote.

But if you are a dad who wants to be actively involved in your kids’ lives, who doesn’t want his gender to be the dominant factor in the court deciding who the primary parent should be, then read on.

Recognizing that there is a bias against you is a start.

American culture actually celebrates bias against fathers. Watch TV on any given night. Start with the commercials, then move to the “family comedies.” In most depictions in ads or comedy, dads are buffoons or befuddled. Kids know so much more than out-of-touch dads. Moms are practical and work around the impractical dad to hold the family together and make everything work.

My father first pointed this out to me over 30 years ago. It’s not anything new.

What does this matter for your divorce? In a culture steeped in disrespect for fathers, there is an unthinking prejudice, an unconscious bias against dads that people bring with them to their daily decisions.

Replace “dads” with any other group. Would advertisers feel that they could successfully market their products by making fun of how stupid and impractical mothers are? Or replace dads with specific minorities such as African Americans or Native Americans? The disabled? Muslims? Jews? Hindi? Would these groups be caricatured in the same way on such a regular basis with no backlash or outcry?

The fact that American society tolerates such a stereotype and it apparently sells products (why else would it be continued for decades?) means that it is an accepted archetype.

Dads (of every race, color and creed) are somehow less competent than moms. Dads don’t fight back. We grin and bear it. Ha ha. Very funny. And we buy their product after they insult us.

Men are not necessarily less competent than women in other areas in life in commercials or comedies. These same dads may be shown coming home in a nice car to a nice house to a mom who appears to be a homemaker – so he is apparently financially successful. But as a dad he is less competent than the mom.

Our culture also celebrates the “single mom” but rarely the “single dad.”  The single mom is honored by politicians and other public figures, in TV specials and by song and movies.  To be sure, many (most?) single moms face special challenges, often caused by “deadbeat dads” who neglect their duties and responsibilities as fathers.  But those dads are not you, and you should not be demeaned, overlooked or tarred by the brush of their irresponsibility.

The title of “single mom” which is bestowed on any mother in divorce who doesn’t instantly remarry after judgment should not influence the court any more than your title as “single dad” does.  You face your own unique challenges, some shared with mom, some different but just as daunting.

No judge is going to articulate this to you. No attorney, on your side or opposing counsel, will make this argument. But it lies underneath your entire case.

You had better understand it. This is the elephant in the room, the cultural bias you must overcome if you want to effectively assert your rights as a father and win the time with your children that you want and deserve.

Dads are not as good at raising kids as moms. It’s built into our culture.  It’s an assumption that underlies decisions made by judges every day in courts across the state of California.

You need a lawyer who understands that and rejects that bias, who will fight for you to win the custody rights you want and deserve.

Now – how do you go about doing that in your divorce?

By rhornibrookbala in divorce on April 4, 2015.
← So you want to be more than a Weekend Warrior Dad? Fighting for Father’s Rights – Part Two Keeping an Eye on the Bottom Line →